To review the memory used by Incorta and the various Incorta users use the top command to list the memory contents.

The result is a list of all users and their memory resources. Of interest here is:

The result displays the memory configuration along with the location of the home directory.

In this case, -Xms is the minimum amount of memory and -Xmx is the maximum. Note that the startup script only calls for Java to allocate the memory. Incorta handles memory management. Note also that you can have multiple Incorta instances with different process IDs.

You can further drill into memory and its configuration using the Tomcat server status tool. This tool shows the memory pool which matches the Xms and Xmx numbers, and the memory allocation by process.

Select Server Status to drill into the processes and their memory settings.

The PS Eden space is the working space for loading Incorta data. PS Old Glen is the Incorta data memory pool. When data usage reaches 80 to 90 percent you are running out of memory.

The memory settings can be modified in the startup.sh file by modifying the -Xms and -Xmx settings line in the start.sh (start.bat for Windows) file located at /incortaHome/:

The following table provides a sample of an Oracle E-Business Suite environment and sizing information for the Incorta Analytics E-Business Suite Accelerators. Note that only columns with analytical value are imported, not the full tables.

The following diagram illustrates the differences between the way Incorta used memory in previous releases and the way it uses memory in this release. 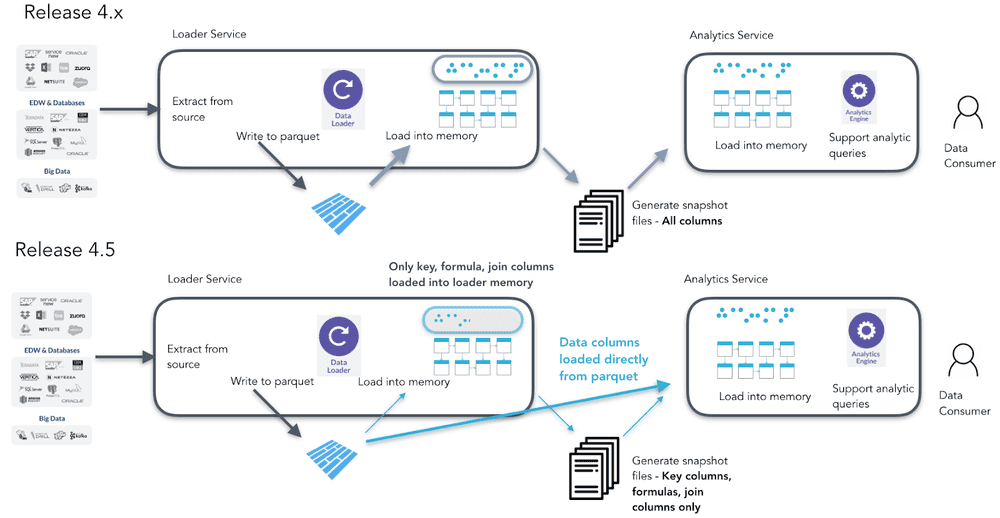